Junior Youth Theatre have successfully completed their Explore Arts Award. Arts Award is a national qualification. Arts Award is certified by Trinity College, on behalf of Arts Council England. The Learning and Participation team at The Customs House work with Culture Bridge North East as the North East leads for Arts Award. So, alongside delivering Arts Award for children in South Tyneside, the team helps other arts organisations develop their young peoples’ Arts Award offer. 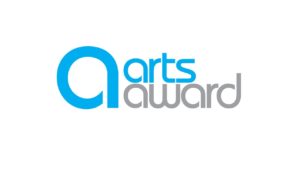 Every year, the Junior Youth Theatre put on an impressive production. For many young performers, it’s there first chance to act on stage in a theatre. Juniors performed ‘Yes or No’ a new play by North East writer Rachael Walsh. This was the directorial debut of group leader Jayden Blacklock.

When rehearsing, the children completed their Explore Arts Award. Each Youth Theatre member collected and presented evidence of the four parts of an Explore Arts Award. For part A, they recorded themselves taking part in arts activities like improvising and creating soundscapes. Everyone really enjoyed finding out about an arts organisation and artist for part B. The group researched the National Theatre and were really interested in the building’s design. Interviewing Jayden, as directing is an artform, they found our about her studies at Sunderland University, job as a ‘follow spotter’ and roles as an actress. For part C they developed their team-working skills  to perform ‘Yes or No’. Finally, they shared what they had learned in their personal log books with their friends.The moderator feedback praised the children’s log books saying it was clearly rewarding being involved with the group.

“I think many of our youth theatre members will choose to research Laura Turner the author they are working with to create their next performance.”

Laura first came to The Customs House earlier in 2017. Laura helped judge  the North East Young Film Makers Award categories in May for The Takeover Festival. . We will keep you updated as to when you can come and see the Junior Youth Theatre perform and Laura’s new piece of writing is brought to the stage here at The Customs House.