YOUNG FILMMAKER TIPPED AS ‘ONE TO WATCH’ BY INTO FILM AWARDS 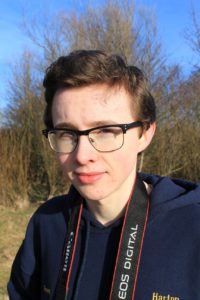 A film student has been recognised as ‘one to watch’ by a panel of industry experts.

Ryan Ogden, 18, from Marsden in South Shields, is one of three young people selected as an Into Film/BFI Film Academy ‘One to Watch’ for 2018.

They will be formally recognised at this year’s Into Film Awards ceremony in London on March 13, and will each receive bespoke mentoring from film industry professionals.

Ryan was nominated by Daniel Clifford for his directing, scriptwriting, camera work, editing and film reviewing, having honed his skills at The Customs House.

He joined Customs Reels – now known as Filmmaking at The Customs House – when the weekly group first launched in October 2014 and is now in the first year of a film production degree at the University of Salford.

Ryan said: “I’m really excited to have been chosen as one of the Ones to Watch 2018. I can’t thank Into Film and the BFI Film Academy enough for the opportunity and I’m already planning my trip to London!”

Although the former Harton Academy and Sixth Form pupil specialises in writing and editing, he has worked on a number of production roles and has directed and co-directed nine shorts that have been screened at various festivals.

Jacquiva, a film he co-wrote and edited, was an official selection from KRAF 2016 in Croatia and was runner-up in the Into Film Film of the Month competition.

Jack in the Green, another film Ryan worked on, was an official selection of the Cardiff International Festival 2017 and Fake Flesh Film Festival 2017.

Thanks to support last year from the Lady Betty Martin Fund, he produced his first solo short film, Boot, which will be screened at the Sunderland Shorts Film Festival 2018.

His One to Watch citation from Into Film said: “Ryan is a dedicated filmmaker who has taken all opportunities to improve his skills in screenwriting, directing, editing, camera operation and even production, constantly learning from the success and failures of his work.

“He has also volunteered to lead a number of workshops for younger filmmakers.”

The Into Film Awards 2018 Ones to Watch jury was chaired by Katie Campbell, skills development manager at BAFTA.

The BFI Film Academy is supported by the Department for Education in England and the National lottery. I comprises a regional programme of 48 courses across the UK, five specialist residential programmes covering animation, documentary, screenwriting, visual effects and film programming, and two craft skills residential programmes.

Into Film is an educational charity that runs film-based programmes for children aged five to 19, helping to support their academic, cultural and social development.

Fiona Martin, Deputy Director – Learning and Participation at The Customs House, said: “We’re really proud of Ryan and we know he has an extremely bright future ahead of him.” 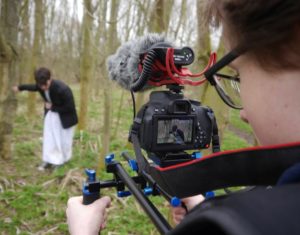