The Customs House in partnership with WRITE Festival 2018 have shortlisted two emerging young writers to have an extract of their plays performed by professional actors in a rehearsed reading. The performance is on Thursdya 24 May at 6.30pm, the event is free but is ticketed: https://www.customshouse.co.uk/theatre/write-festival%3B-shortlisted-writers-rehe/ 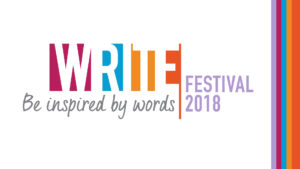 One play will be taken forward to work with a dramaturge over a 10 month period and will be performed at The Customs House during the 2019 WRITE Festival.

The chosen play will be selected after the two rehearsed readings, which are directed by Gareth Hunter, and will feature a cast of local actors.

The evening will also feature a preview of WORMTOWN, by Reece Connolly, The Takeover’s First Young Writer in Residence, performed by an exciting cast of eight young actors.

The two shortlisted writers are both Under 25 years old; Pearl Andrews-Horrigan and Hannah Morpeth.

Pearl Andrews-Horrigan
Pearl is a first year undergraduate at Newcastle University, studying Combined Honours in English Literature, Politics and Media. Pearl has had short plays performed by G64 Youth Theatre, at Bristol Old Vic and professionally at SLAM, King’s Cross and the Arcola Theatre in London.

Hannah Morpeth
Hannah work as a mental health nurse in a children and young people’s service and has also ran a writing group for young people. Hannah has worked on a number of arts facilitation projects in the past mostly with young people, and has curated a Human Library with adults who wanted to create conversations about their personal experiences. Hannah is passionate about enabling others to tell their stories, own them and help others to learn from their experiences, Hannah wants to make work that is relatable to other working class people particularly within the North East. Hannah has experiences of mentoring in the past through The Writing Squad and would really appreciate feedback on her writing and to improve her writing.

Safe Space; the fate of a refuge for victims of domestic violence is thrown into doubt when the local council must vote on cuts to its funding, just as it has more residents than ever and the manager is on her honeymoon. But when a councillor’s intern discovers an old friend is resident there, the matter truly becomes a question of heart or head.