Regional entrepreneur and benefactor Sandford Goudie is to be honoured by The Customs House South Shields as an Honorary Fellow.

Mr Goudie has accepted the offer of a Corporate Honorary Fellowship in recognition of his support of the cultural and economic vibrancy of the borough of South Shields.
Sandford was responsible for attracting some of the biggest stars of the 1960s to the region with the launch of the North East’s first night club, La Strada. As his business interests developed he opened several manufacturing companies, most notably Be Modern and Academy Craft. Since his semi-retirement, Sandford he has supported several good causes including Mission to Seafarers and helped fund the statue outside the Customs House which is a memorial to those merchant seamen who lost their lives during the Second World War.  He has also funded the Customs House Gallery, and was a keen member of the South Shields Amateur Operatic Society for many years. A fervent supporter of developing the talents of young people, Sandford was responsible for founding South Shields Juniors in order to give a platform to young people hoping to have a professional career in the performing arts. 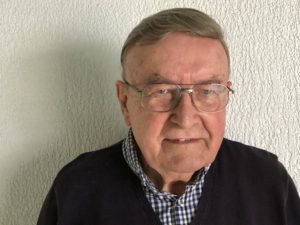 Sandford commented:
“I’m delighted to accept this great honour from The Customs House, which is at the heart of the community of South Shields. My business interests have allowed me to travel all over the world, but I really would not wish to put down roots anywhere other than my home town. I’ve built up many friendships over the years, and have so many happy memories entwined with the area I couldn’t imagine living anywhere else – we are in a very nice part of the world.”

Sandford Goudie will accept his award on the same evening that South Shields born actor George Irving is also welcomed into The Academy. Probably best known for his portrayal of Anton Meyer in Holby City, George has made regular appearances on TV since the 1970’s and his first TV role in ‘When the Boat Comes in’ (1976). Since then he has appeared in numerous classic series including The Sweeney, The Professionals, Dempsey and Makepeace and Bergerac. He has also had starring roles in Dangerfield, The Best Man, Dalziel and Pascoe and the BAFTA nominated Wing and a Prayer.

He has appeared in many theatre productions including the 2006 touring production of The French Lieutenant’s Woman, Shining City, The Dying of Today, All My Sons, Ghosts, Landscape and starred in the opening production of the Bolton Octagon’s 2011-2012 season, Who’s Afraid of Virginia Woolf? 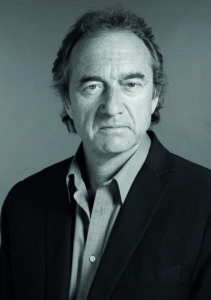 George also appeared in Tyne at the Live Theatre in Newcastle as part of the Festival of the North East. George played Nick in Alastair Brett and Sian Evans’ play Gibraltar at The Arcola Theatre in 2013, followed by the title role in Julius Caesar at The Globe in 2014 and Agamemnon/Apollo in The Globe’s production of The Oresteia the following year. Irving and Goudie will be presented with their awards at a special dinner for which tickets are available to purchase, at The Customs House on Thursday September 20th.

Tickets for the event, held in the surroundings of The Customs House’s intimate Dalton Suite, are priced at £50 each, which includes drinks on arrival followed by a 3-course meal with wine on the table. Following this, the newly inducted Fellows will then be interviewed, and will talk about their lives and experiences, making for an extremely entertaining and informal evening.

The Honorary Fellows Award is bestowed on people who are from or have been associated with South Tyneside, who have gone on to make a significant contribution to the development of arts and entertainment locally, nationally and internationally. Existing Honorary Fellows include: Sarah Millican, Jason Cook, Chris Ramsay, Joe McElderry, Encore, Ann-Marie Owens, John Woodvine, John Hays, Tom Kelly, John Miles, Andy Bogle, Sheila Graber, Bob Olley, Alex Ferguson, Richard Ord and the late Lindsay Kemp.

“I am very pleased that we are able to recognise the talents of two more people who were born in South Tyneside, both of whom I have admired for such a long time. So it will be great to have both of them here, joined by some of our illustrious Honorary Fellows, celebrating this special night. We hope that as many people as possible will buy tickets to support the event.”
Ray Spencer MBE, Executive Director of The Customs House

Anyone interested in purchasing tickets for the event which starts at 7pm should contact Catherine Hymers, Customs House Operations Director
E: Catherine@customshouse.co.uk
Tel: 07721 726622.