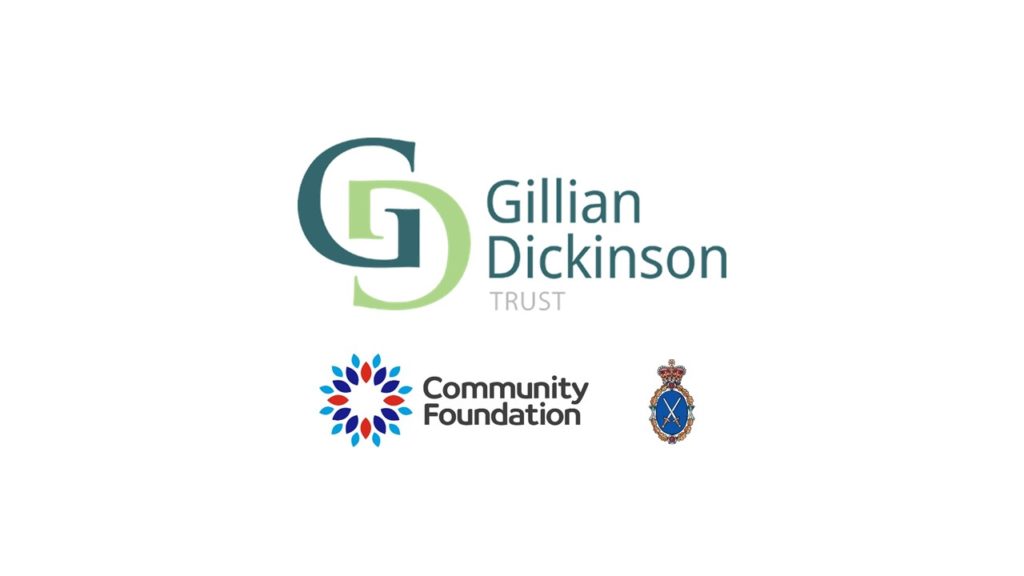 The Terry Kelly Poetry Prize (TKPP) was set up in memory of respected journalist and writer Terry Kelly. The prize aims to inspire all young people across the North East to develop a passion for poetry.

Each year The TKPP has grown. Staff at The Customs House in South Shields are delighted to announce they have received a grant of £6000 from The Gillian Dickinson Trust to support The Terry Kelly Poetry Prize 2019.

Alexander Dickinson, a trustee of the Gillian Dickinson Trust,said,

“For 15 years the Gillian Dickinson Trust has been supporting artistic excellence in the North East by focussing on a number of organisations which embody the highest standards. With this objective the Trust has agreed to support The Terry Kelly Poetry Prize in its aim to inspire children in the North East to develop a passion for poetry. The Trust considers that the exposure of children to high artistic standards at an early stage will encourage them to strive for high standards in all fields as they mature, and in their adult lives. We wish The Terry Kelly Poetry Prize well and look forward to seeing this year’s entries.”

The Terry Kelly Poetry Prize has also scooped another award on behalf of the Tyne & Wear High Sherriff, Mr Paul Callaghan CBE. This award recognises the contribution the prize makes to giving young people a constructive activity and event to take part in not just across Tyne & Wear, but the whole North East region.

“This is such fantastic news. It is a true testament to the growing strength of the Terry Kelly Poetry Competition that the Customs House has developed the competition over the last few years.”

The generous funding from The Gillian Dickinson Trust will pay for a series of poetry writing workshops with schools across South Tyneside. The Learning and Participation team at The Customs House are currently approaching targeted schools across the borough where children have additional needs and might not imagine this competition is for them.

The Customs House is delighted to confirm the workshops will be led by Matt “Ken Masters” Sokell. Ken Masters was chosen because of his experience working with young people with additional needs, professional practice and work with The Customs House on a previous poetry project.

The Gillian Dickinson Trust funding will also allow the development of a poetry resource. Elizabeth Kane Learning Officer at the arts venue will be working closely with Terry’s brother writer Tom Kelly. This will help teachers to inspire learners in Key Stage 3 (Years 7-9) supporting them to enter next year’s competition.

“This age group is probably least well represented at The Terry Kelly Poetry Prize. I think sometimes young people are really developing their sense of self at this age and think that poetry isn’t for them. But it absolutely can be, perhaps they just haven’t found their inspiration or realised poems can take many forms.”

Perhaps most exciting the funding will allow the appointment of a young TKPP Coordinator. This young person aged 18-25 will help collate the poems, ensure they are edited in a consistent style, compile them into the anthology and help with the celebration event.

“It’s a great chance for someone to build their CV with a wide range of skills on a live project.“,

The High Sheriff’s Award will support the cost of publishing this year’s anthology which is free to those who enter and additional copies are distributed at The Customs House and The Word, National Centre for the Written Word. This year’s young judge Lauren Aspery will be heading to the Beacon of Light in Sunderland later this month to accept the award on behalf of The Customs House and all the young poets who take part. 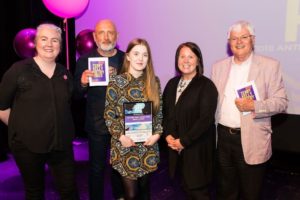 Elizabeth Kane Learning Officer at The Customs House. Alistair Robinson (Host and Judge), Lauren Aspery (winner of the over 16 category for ‘My First Pair’). Heather McDonald from the Scottish Power Foundation sponsors of The Takeover Festival and Tom Kelly. Photo by Billy Amann.

The Terry Kelly Poetry Prize is one of the cornerstone events of The Customs House annual Takeover Festival. The Takeover is planned and delivered by a team of young people from diverse backgrounds.

“The Customs House are so thankful to our funders. Without The Gillian Dickinson Trust’s support we know there are barriers that would prevent  young people taking part or even thinking this competition was for them. Their funding means more young people from The North East will be inspired by poetry.

“And to receive the recognition for the work we have already done from the Tyne & Wear High Sheriff, Mr Paul Callaghan CBE is just tremendous.”

The Terry Kelly Poetry Prize is open for entries now. You can find out more here: https://www.customshouse.co.uk/which-young-poet-will-win-the-terry-kelly-poetry-prize-2019/ the deadline for entries is 9am on Friday 26th April 2019. The awards ceremony takes place during The Customs House annual Takeover Youth Arts Festival in the May half-term.

If you have any questions about the TKPP please contact Elizabeth Kane Learning Offer Elizabeth@customshouse.co.uk

Visit https://www.communityfoundation.org.uk/givingandphilanthropy/collective-giving/the-high-sheriff-of-tyne-wear-awards/ if you would like to know more about the High Sheriff of Tyne and Wear Awards see