THE CUSTOMS HOUSE SWINGS TO THE SOUNDS OF THE SIXTIES 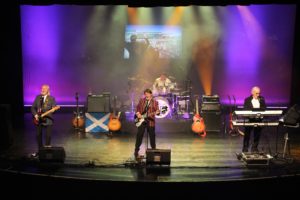 The sights and sounds of the Sixties will come alive at The Customs House with two shows set in the iconic decade ready to hit the stage. The Counterfeit Sixties presents a showcase of bands who defined the era, including The Beatles, The Rolling Stones, The Who, The Kinks and The Monkees.

The show encompasses everything from that period, from the clothes that were worn to flashbacks from television history, including famous programmes, adverts and even clips from the original bands. The Counterfeit Sixties have performed all over the UK and abroad and members have worked individually with notable Sixties artists such as The Searchers, The Ivy League, The Fortunes, The Tremeloes and many more. They will perform on Saturday, February 8, at 7.30pm.

The Hollies were one of the leading British groups of the 1960s, famed for their pioneering and distinctive three-part harmony style. Their story is told in The Hollies Story (I Love Jennifer Eccles), which comes to the theatre on Thursday, February 13, at 7.30pm. Discover how Allan Clarke and Graham Nash met at school aged six and went on to create a band who enjoyed dozens of chart hits and were finally inducted into the Rock ‘n’ Roll Hall of Fame in 2010. This highly entertaining show is packed with hit after hit, including Look Through Any Window, Carrie Anne, On a Carousel and I’m Alive, performed by a talented young band and hosted by a seasoned narrator.