Stephen Steps Up to Raise Funds for Favourite Place 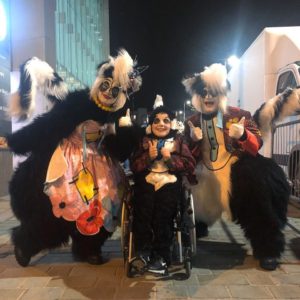 A young theatre fan is stepping up to help raise funds for his favourite place.

Nine-year-old Stephen Idle was heart-broken when he found The Customs House had to close in the wake of the Coronavirus pandemic.

Stephen, who attends Bamburgh School, has cerebral palsy and uses a wheelchair to get around most of the time but he has been using his walker to walk 200m every day to raise funds for The Customs House charity.

“This gave us the idea for him to do a sponsored walk for The Customs House and also an incentive to use his walker.”

Stephen is well known to staff at The Customs House as he often attends pantomimes multiple times – sometimes even twice in one day and is regularly dressed as his favourite characters which his nana Sandra Scott recreates. 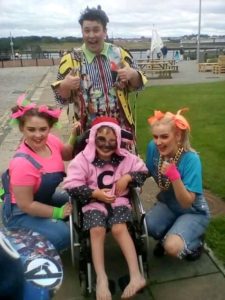 Stephen has called his challenge the ‘Walking Costume’. It will end with one final walk outside The Customs House on Saturday 25th July at 11.30am.

Customs House Executive Director Ray Spencer said: “In these the darkest of days there is always a light, a sign of better tomorrows, and Stephen is that sign!

“Despite his own considerable challenges, he wants The Customs House not just to survive but also thrive! With his support and the community of South Tyneside we will get through this!”