Look who was first in line to get their paws of cuddly versions of themselves! Sniffy and Whiffy soft toys, based on the loveable characters from this year’s panto at The Customs House, Snow White, are now on sale from merchandise stands, so people can take a bit of panto magic home with them. 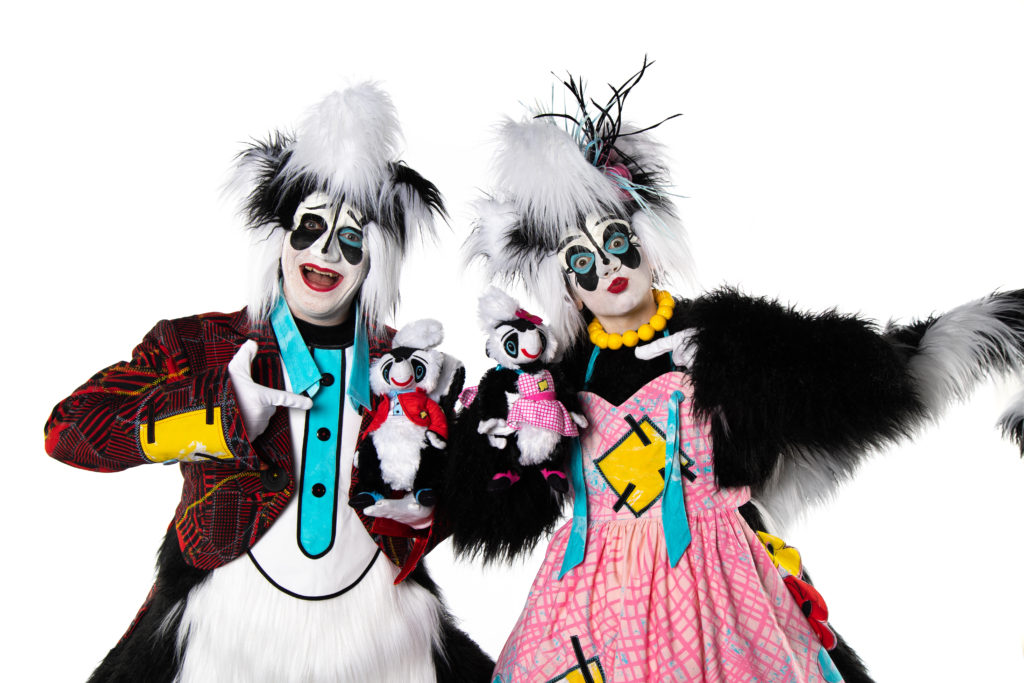 The miniature skunks have been designed by Paul Shriek, of Fox and Shriek, who are responsible for the costume and set design of the annual production – and they’ve been given the thumbs up by actors Charlie Raine and Luke Maddison.Luke, who plays Whiffy, said: “They are fantastic! A perfect representation of the wonderful work Fox and Shriek have done in bringing these two crazy critters to life. I’ll definitely be trying to get a hold of a toy or two before they’re gone!” Charlie, who plays Sniffy, said: “The cuddly toys look great don’t they? I am definitely going to be at the front of the queue to buy a mini Sniffy!”

Luke and Charlie appear alongside Annie Guy as Snow White, Dale Jewitt as Prince of the North, Ray Spencer as Dame Bella, Davey Hopper as Arbuthnot, Steven Lee Hamilton as The Evil Queen and Bethan Amber as Minerva the Mirror. Snow White, sponsored by Hays Travel, runs until Sunday, January 5, 2020. Performance times vary and tickets, priced from £9.99, are available from the box office on (0191) 454 1234 or online at www.customshouse.co.uk.

The limited edition soft toys are priced £15 each or £25 for both.