Christmas will never be the same again at The Customs House.

Santa’s Naughty Elf star Wayne Miller has announced that this year’s show, The Naughty Elves and the Shoemaker, will be his last outing as Elfluent.

The actor celebrated 10 years of bringing Santa’s Naughty Elf to life last year and he will be a huge miss to a generation of children who have grown up with him. 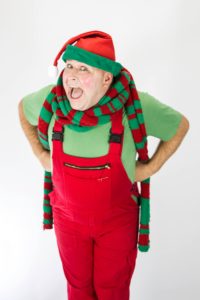 The ‘little panto for little ones’ was devised by The Customs House Executive Director Ray Spencer in 2009 to complement the annual panto, with the aim of making the festive tradition more accessible to children under seven and their families.

Wayne, who also wrote and directed the shows, said: “I really wanted to get to the 10-year mark and last year was really special, but now’s the time to say goodbye to Elfluent and let the next generation of panto performers elevate our little panto to the next level.”

He added: “Santa’s Naughty Elf has meant so much to me as a performer, as a writer and as a person. It has become so personal and the reason for that is our audiences have been with us for 10 years. They come back every year and they make you a part of their Christmas tradition. You feel like part of their family.

“It has been great to see the same kids grow up with Elfuent, who himself has grown up over the course of the 10 years. At the beginning, he was just out to ruin Christmas, now he ruins Christmas by accident and unintentionally.

“He’s still mischievous, but he’s got a conscious now and he tries to fix it.” 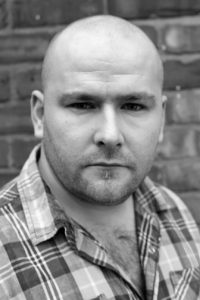 Elfluent is being dropped into a traditional tale this year in The Naughty Elves and the Shoemaker, which runs from Saturday, November 30, to Tuesday, December 24, which also stars Sean Kenney, Jen Stevens and Katie Reed.

Wayne said: “It’s nice to go out on a high, with a classic story, in an iconic year for The Customs House as it celebrates its 25th anniversary.

“I’m going to miss Santa’s Naughty Elf and I hope the audience will miss it as well, but I hope families don’t stop supporting little pantos. For a lot of people it is their first introduction to theatre and I think it is a nice way to do it.”

Tickets for The Naughty Elves and the Shoemaker are priced £10 and available from the box office on (0191) 454 1234 or online at www.customshouse.co.uk