Ryan Ogden is off to study film production at the University of Salford after being introduced to filmmaking at The Customs House.

He joined The Customs House filmmaking project when the weekly group launched in October 2014.

The 18-year-old from Marsden has been part of many film projects over the years and has just made his first solo film.

Boot is a dark comedy about a petty thief who breaks into a car but finds more than he bargained for. It was funded by the Lady Betty Martin Fund, via Community Foundation Tyne and Wear and Northumberland. Ryan was supported to apply for the fund by our Learning and Participation Officer, Daniel Clifford, who runs the filmmaking group.

Daniel said: “The bid was all about getting Ryan prepared for university. He’s made a lot of films with the group but this is the first he’s done himself. We wanted him to go to university with a film of his own to show other students and lecturers. We’re very thankful to the Community Foundation and Lady Betty Martin Fund for making that possible.” 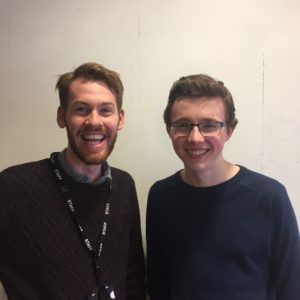 The funding enabled Ryan to work with screenwriter Gavin Williams and filmmaker Chris J Allan. It also allowed him to buy his own equipment and enter Boot into film festivals around the world.

He started work on the film after finishing his A-levels at Harton Sixth Form and spent just over a month on the film.

Ryan became hooked on the group’s first production. He said: “I was splitting my time between GCSE revision and making props. I got so invested I realised it was something I wanted to continue with. Working with professional filmmakers showed me there is an opportunity to have a career in film.” 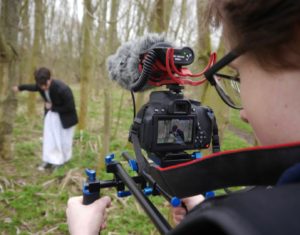 Ryan gained two As and a C in English Language, English Literature and Maths respectively and is now looking forward to life on campus at MediaCityUK, surrounded by professional filmmakers and broadcasters.

He said: “When I went to the open day it was like going to Disneyland. It was just amazing! Film courses can be risky, but I saw how many opportunities there were in the area and I knew that I wouldn’t want to do it anywhere else.”