Power and Protest with Historic England

This year the focus of our partnership was Power and Protest. The project had two parts. To kick things off we delivered CPD for primary teachers and people who work at cultural and heritage sites across the North East of England. This included a fantastic heritage walk around South Shields led by Janis Blower.

We then recruited two schools to complete an Arts Award project inspired by our local heritage. We worked with years 3/4 and 5 in Dunn Street in Jarrow and year 5 in Sea View in South Shields. We’d like to share a little more about the children’s work with you as you can now visit their exhibition in the Step Up Gallery.

Our Learning Officer Elizabeth Kane visited both schools to deliver a whole day heritage and arts workshop with each class. In total we worked with nearly 90 children.

Children were introduced to the idea of power and protest. In terms of this project we defined power as being about people’s ability to change things and make a difference to our lives. We said protest was where you take action, like a march, to tell people you don’t agree with something or to raise awareness of an issue.

We discussed events that took place across South Tyneside helping children think about power. The examples we studied were the riots at Mill Dam in 1919. the Jarrow Crusade in 1936 and National Miners. Strike in 1984-85. In 1919 English and Yemeni seamen clashed over jobs. Unemployment and extreme poverty drove the men of Jarrow to take action. A group of 200 men marched to London in 1936 to let people in power know living conditions were intolerable. This example was especially interesting to the children in Dunn Street. Finally, children learned about the National Miners’ Strike from 1984 to 85.

Children were then encouraged to think about the things they cared about and to create their own protest signs. They were inspired by the work of artist Bob and Roberta Smith, also known at Patrick Brill. Yes he’s one person! 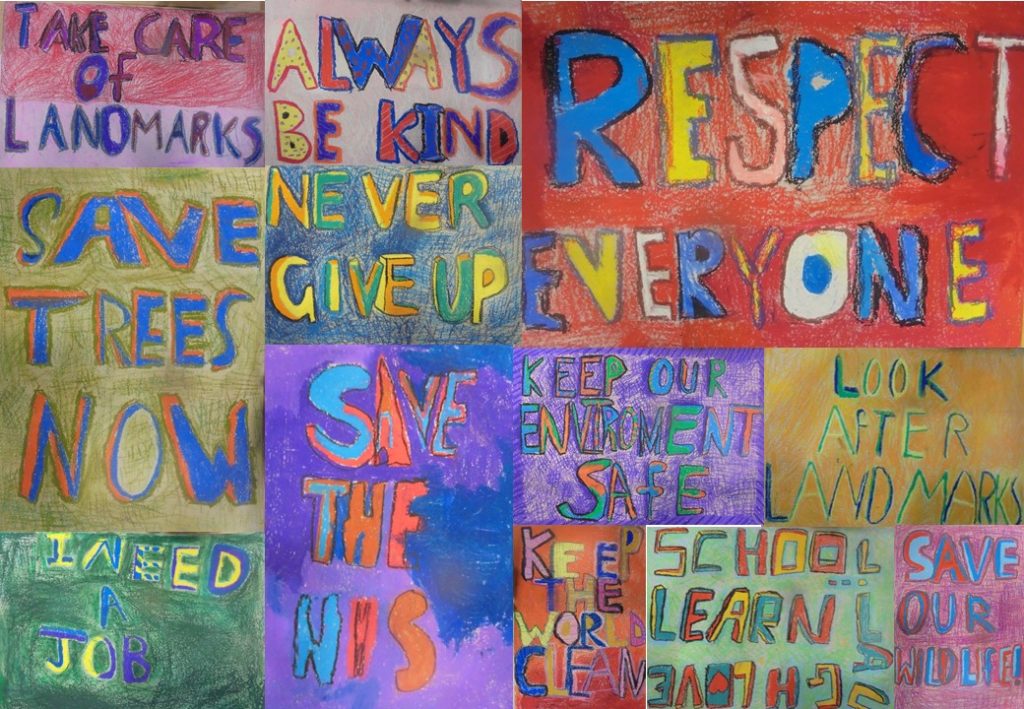 A Selections of the Children’s Protest Signs

“Elizabeth worked with our Year 5 class creating images inspired by local protests such as the Jarrow Crusade. It was a fabulous day, the children thoroughly enjoyed themselves, and found out so much information about our local history.”

It was fantastic working with Sea View and Dunn Street Primary Schools. The children were really interested in learning about their heritage and how people have got their message across to people in power. They were so thoughtful when choosing what issues to focus on for their protest signs. We hope visitors to The Customs House enjoy their exhibition.

A big thank you to Historic England for making this project possible and to Viki Angel for her help and expertise.