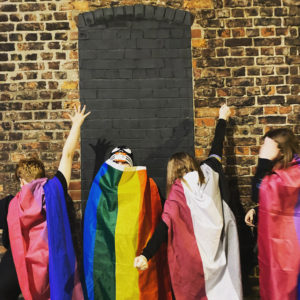 The Customs House Learning and Participation are thrilled to announce they have been shortlisted for an award.

Despite the forced break due to covid, OURS/US/WE has been recognised as an important group that combats isolation for young people by using the arts as a vehicle for change.

Ours/Us/We is a queer led arts group for LGBTQ+ young people at The Customs House.

Learning and Participation officer Izzy Finch, who runs the group with Melody Sproates, said: “We are delighted to announce that are a finalist in The Rainbow Foundation at the LGBTQ North East Awards.

“The Community Foundation funded us to set up a pilot that would last 12 weeks and to test if there was a need or demand. We could never in our wildest dreams have imagined that we would have over 20 young people attending each week, making the most of fantastic opportunities at The Customs House and still growing in numbers and potential almost 12 months later.

“We feel so lucky to have worked with inspirational LGBTQ+ practitioners and role models that have empowered the group and provided high quality arts workshops this year. This project is a pleasure to be part of and to be recognised for our work by The Rainbow Foundation is just incredible. We are thrilled!”

The awards, which celebrate the contributions to the LGBTQ community by individuals, business and community groups in the region, will be held at Sage Gateshead in October. 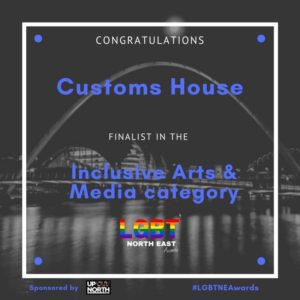 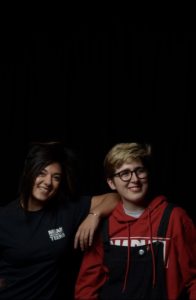 It’s Friday and Time For The Latest Issue Of Spotlight

ISSUE 24 of SPOTLIGHT is here. In this issue,...
Read more

Welcome to Spotlight Issue 23, our very own e-magazine...
Read more