Little Mix star Jade Thirlwall has been honoured by her hometown theatre. 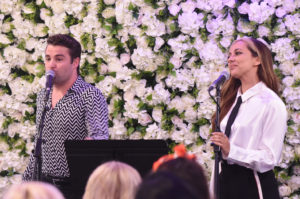 The singer honed her skills at The Customs House in South Shields, appearing on stage on numerous occasions before finding international stardom via The X Factor. She returned home over the Easter bank holiday weekend to be inducted as an Honorary Fellow of The Customs House Academy.

Jade was welcomed into the fellowship by Ray Spencer MBE, Executive Director of The Customs House, at a ceremony for invited guests, including fellow The X Factor winner and Honorary Fellow, Joe McElderry. Both Jade and Joe, who have been friends since they started singing together as teenagers, were interviewed by BBC Look North presenter Jeff Brown as part of the event, which raised funds for The Customs House Trust. 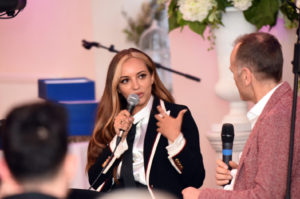 for Comic Relief this year, said: “I am so, so happy to have been given this award. I’m very proud to come from South Shields and to have learned so much from performing at my local theatre.

“From singing there to seeing the famous panto every year, The Customs House holds a very special place in my heart. It’s important to support such an amazing local theatre which provides so many opportunities for young people who love performing arts.

“The Customs House certainly helped me and I will always support them, see shows there whenever I’m home and take great pride in my Honorary Fellowship award.” 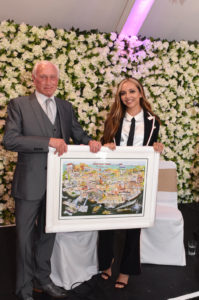 During the ceremony, Jade was also presented with a personalised piece of artwork by South Shields artist and Honorary Fellow of The Customs House Academy, Bob Olley. Jade’s talent was spotted at an early age on the performing arts circuit in South Shields and she was a member of several groups, including South Shields Musical Society, Performers Stage School and John Christopher Theatre Company.

She first auditioned for The X Factor in 2008, making it as far as the boot camp stages twice, before returning for the eighth series in 2011, where Little Mix were formed and went on to become the biggest girl band in the world. Jade teamed up with Perrie Edwards, Leigh-Anne Pinnock and Jesy Nelson, who had all auditioned successfully as soloists, and Little Mix became the first group to win the competition.

Their debut single, Cannonball, topped the charts and they have since reached No.1 with Wings, Black Magic and Shout Out To My Ex, with Jade earning song-writing credits on a number of tracks. Their debut album, DNA, was released in 2012, reaching the Top 10 in 10 countries, including the UK and US. It was followed by Salute in 2013 and Get Weird in 2015. Their fourth album, Glory Days, was their first UK No.1 album and their fifth album, LM5, was released in November last year, peaking at No.3 in the UK. 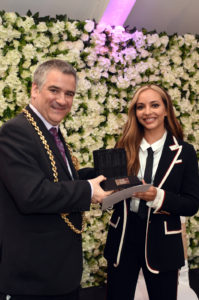 Mr Spencer said: “Jade is an absolute joy to be in the presence of, her simple unspoilt, unaffected nature is a testimony to someone with their feet firmly on the ground and proud of their heritage.