If you liked Dirty Dusting and The Dolly Mixtures, you’ll love Miss Crispy 1988. 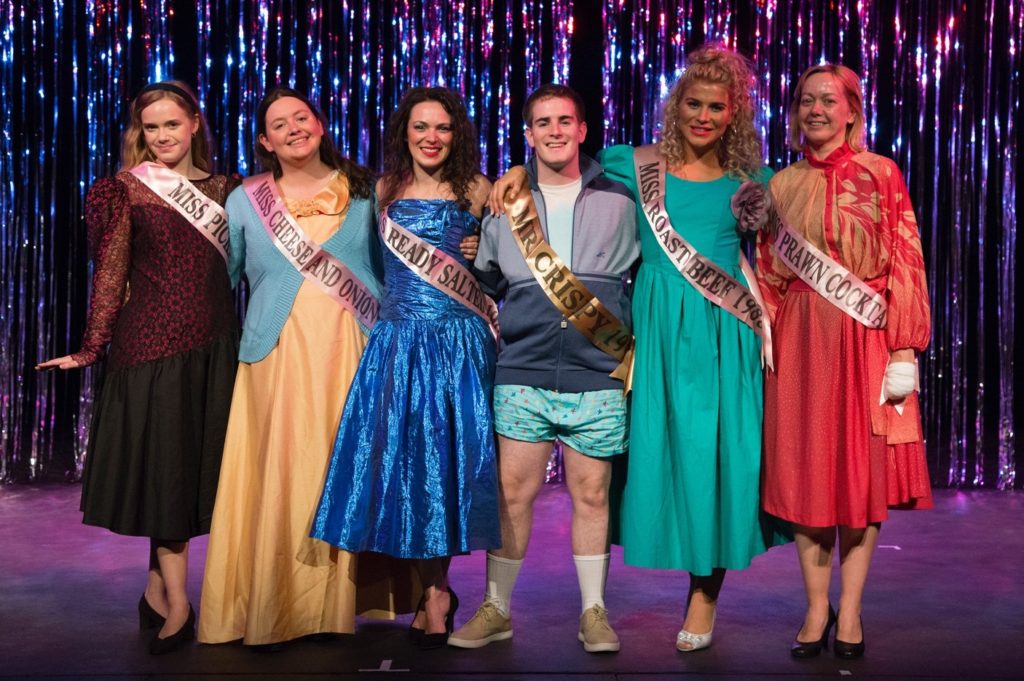 Set in the north east at the end of 1987 and start of 1988, the less is MORE production tells the story of a beauty pageant with a difference, following five very unique women with even more unique situations. Miss Crispy 1988 was the first play created by north east playwright David Tuffnell way back in 2011. It premiered in Middlesbrough in 2012 and toured the following year, which included a stop at The Customs House. Now back on the road to celebrate 10 years of Teesside-based less is MORE, which David co-founded with the play’s director, Laura Lonsdale, it returns to The Customs House for one night only on Friday, February 7, at 7.30pm. 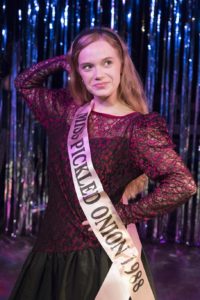 Laura said: “less is MORE adore The Customs House, we were so lucky to tour here in 2013. Coming back to continue the celebrations of our 10th anniversary seemed perfect, especially with a show that epitomises what we are all about; honesty, drama and humour.” David added: “I think Miss Crispy 1988 has received such a positive reaction because it’s a story that is set in our region with characters people can relate to. “Those of us who lived through the 1980s will enjoy the sense of nostalgia it evokes – the music, the clothes, the big perms. However, the 1980s were also an important period in history and a time of great change, especially for women. This is explored in the play through the thoughts, experiences and ambitions of five unique but very relatable female characters.Ray Spencer and The Customs House have been such a great advocate of us as a company outside of Teesside, we’ve seen so much here and worked with so many amazing regional actors who have tread the boards here – we can’t wait to get back on the stage!” 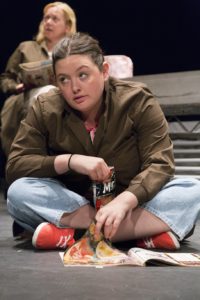 Miss Crispy 1988 is based on a series of interviews with women who worked in the KP Foods Factory in Billingham, although the characters and storyline is fictional. There was, however, a Miss KP Foods in 1988, whose picture inspired the play. Despite the glamour of working on line two at the crisp factory, the women dream of doing something more exciting with their lives. With the announcement of a beauty pageant, they’re raring to go – with perms, leg warmers and shoulder pads at the ready!
The cast features a wealth of north east talent, including Melanie Dagg, Natasha Haws, Olivia Walker, Rachel Teate, Lucie Walker and Elijah Young.
Natasha is well known to audiences at The Customs House, having previously appeared in The Dolly Mixtures and in panto. She said: “Miss Crispy 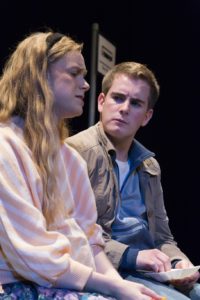 1988 is the story of five women (and one man) working in the KP factory in Billingham fighting for the Miss Crispy 1988 crown. “Along the way we find out their stories and that there’s a lot more to winning the title then a tiara and having your face on the back of a bus. Set around some difficult history in Cleveland and looking at the intricacies of female friendship and rivalry, Miss Crispy 1988 is as hilarious as it is heart-wrenching. I cannot wait to bring Less is More to The Customs House, so they can experience a South Shields audience in my home theatre – this is definitely a play for fans of The Dolly Mixtures and will be a night out well spent.” Elijah was appointed Young Writer in Residence at The Customs House last year and his play, Isolation, was produced as part of the Takeover Festival. He was singled out as most promising newcomer in the British Theatre Guide’s Best of North East Theatre 2019 round-up and his play was also shortlisted. He said: “I play several different characters in Miss Crispy 1988 which all help in telling the story of these brilliant women who work at the KP factory in Billingham.I’ve had so fun working on this project and it’s lovely to be a part of piece that looks at the history of my hometown. The story is full of heart and full of laughs and I’m so excited to bring it to The Customs House.”