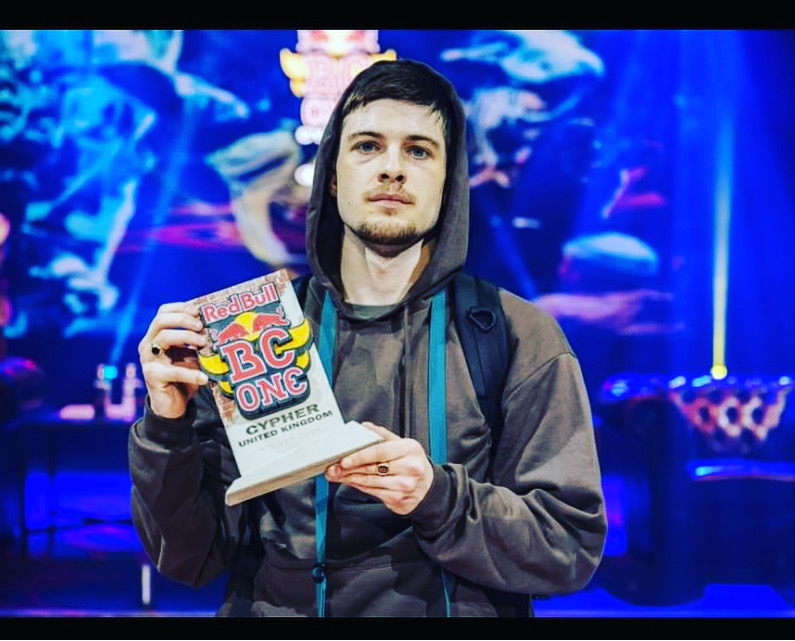 Jackson, from Washington, was triumphant this weekend in winning the REDBULL BC ONE UK Cypher 2022.Jackson began his dance tuition with Custom Breaks, a group which was based at The Customs House for many years and taught by P from Bad Taste Cru. Jackson battled over two days this weekend (14/15 May) from the qualifiers all the way to the finals against some tough competition from some of the best in the UK. He faced off against rising star McLane from Wales in the finals and was given a 3-0 victory by the esteemed Judge Panel consisting of Roxrite (USA) AT (Finland) and Lagaet (Martinique/Paris).  Fiona Martin, deputy director (Learning and Participation) at The Customs House, said: “Jackson has always showed so much promise as a young dancer, practising and performing at The Customs House since 2007, and he has been one to watch since he entered the national scene in 2019.

“We are delighted that Jackson has won this prestigious competition, and that he will go in to represent the UK in the States later this year. It was also amazing to see BBoy McLane in the Final; winner of Mean Teens 2021, at The Customs House.”
Jackson will jet off to the birthplace of hip hop and breakin, New York City, this November to represent the UK in the Redbull BC One World Finals.
This is one of the most prestigious competitions on the Breakin scene and with all eyes now on Breakin as an Olympic Sport for the 2024 Paris Games, this year’s Red Bull event will be one of the best yet.

It’s not the first time Jackson, who is part of the Battalions crew, has made the finals. In 2019 he won UK cypher and went to India for the finals competing against some of the best in the world. Last year Jackson made his acting debut in The Customs House’s Takeover Young Writer in Residence project: Cherryade Supernova, where he got the chance to treat the audience to some of his moves.

The North East was well represented at this year’s Redbull UK event with Robert Anderson (Bad Taste Cru) being an invite and Jake Horsley (Battalions) making TOP16 in the qualifier.

Click HERE for more information about
the REDBULL BC ONE UK Cypher.