DOUBLE THE LAUGHS AT JASON COOK’S COMEDY CLUB IN 2020

Comedy fans are in for a treat as Jason Cook’s Comedy Club at The Customs House in South Shields goes twice-monthly in 2020. 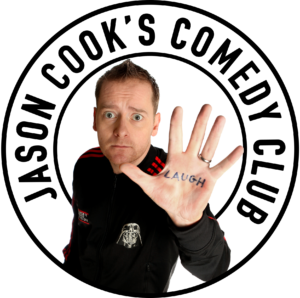 The stand-up comedian and writer launched his comedy night at the theatre in October 2015 and it originally took place every other month, before going monthly. Due to huge demand, there will now be two shows a month for the majority of next year. 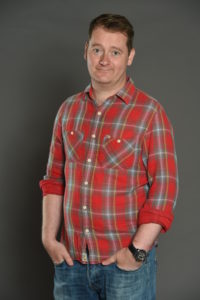 Jason said: “I’m so excited this year that we are expanding the Comedy Club to both Fridays and Saturdays. We’ve sold out the Saturdays for years now, so I decided it was time to take the plunge and take over The Customs House for the whole weekend. The good thing about his is it lets me book higher profile acts and make the shows even better!” Hebburn-born Jason’s stand-up career started in 2005 and he is now a highly sought-after comedian and writer, whose television credits include Hebburn, Murder on the Blackpool Express, Death on the Tyne and most recently, Dial M for Middlesbrough.

He will usher in the new decade with a sold-out New Year’s Eve Comedy Club at The Customs House on Tuesday, December 31, featuring Canadian comedian Phil Nichol, Jarrow’s Carl Hutchinson and singer and musician Glen Roughead.  Jason Cook’s Comedy Club will then return on Friday, January 31, and Saturday, February 1, with Kiri Pritchard-McLean, Raymond Timpkins, Glen Roughead and a yet to be announced “very special guest”. Spring dates are Friday, March 6 and Saturday, March 7, Friday, April 3 and Saturday, April 4, and Saturday, May 2 and Sunday, May 3.
Tickets, priced £11.50, are available from the box office in person, on (0191) 454 1234 or online at www.customshouse.co.uk.

It has also been announced that the South Tyneside Comedy Festival, which is curated by Jason as Festival Director, is returning for its fifth year in summer 2020. Festival and comedy club favourite Adam Rowe is also back at The Customs House on Saturday, January 18, with The Pinnacle Tour, following his sold-out shows in 2017 and 2018 and a smash-hit run at the Edinburgh Fringe last year. Tickets, priced from £14, are available from the box office.