A group of University of Sunderland students and 2020 graduates have teamed up by creating a virtual entertainment variety show to raise money for two theatrical charities.

‘Stand Up For Showbiz’, a special episode of the online chat show series ‘Friday Night Rambles’, will be available online from 2nd October 7pm for 52 hours until 4th October 11pm to raise money for Acting For Others, a charity that provides financial and emotional support to all theatre workers in times of need through 14 member charities, and The Customs House Trust. 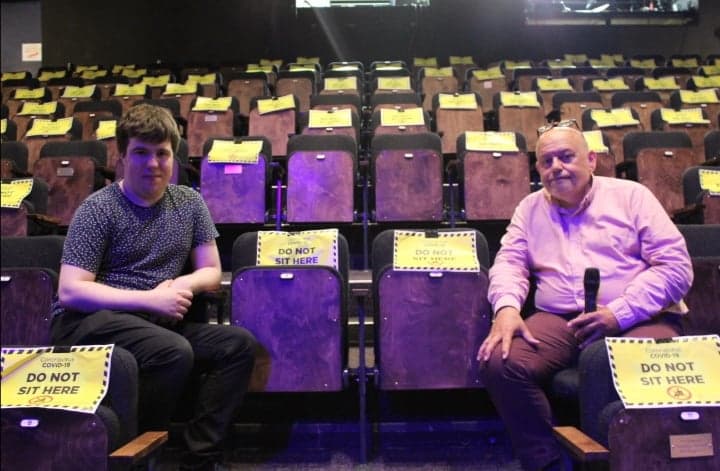 Created in May during the lockdown by local performer and 3rd year Performing Arts student Robert Wilson Baker, Friday Night Rambles brings stars from the world of entertainment together every Friday, covering a range of genres with guests covering genres from Children’s TV, Musical Theatre and Pantomime. Wilson Baker, 22, says:

“Friday Night Rambles started by a complete accident. At the beginning of lockdown I started doing live videos on my Instagram with some friends from the arts industry as a way of coping with the changes and talking about the situation we were in. However about 2 weeks after I started with the live videos, someone suggested scaling it up with so more people could be involved at once and the rest they say is history”

Robert has since teamed up with 2020 University of Sunderland Performing Arts graduates Emily Dodds, Amy Garner, Pearce McFall and 3rd year Screen Performance student Kushan Bhardwaj to continue building the project and together recorded the special the day before the new local lockdown restrictions. Robert explains:

“As soon as South Tyneside council was put on the Government Watchlist, I became very concerned that there was a chance that we wouldn’t have been able to record at the Customs House however by luck, we managed to get in just before they closed again and I know from the work that Emily, Amy, Pearce and Kushan have all put in behind the scenes throughout the summer, this is going to be a celebration of everything our industry and charities stand for.”

“The Customs House has been very instrumental as a training ground for a lot of young performers including myself and I wouldn’t be where I am without the support it offered me. This is the type of support that needs to be here for the next generations of creative talent”.

As part of the series’ 20 episode, the ‘Stand Up For Showbiz’ special will include interviews from stars of the stage including former Strictly Come Dancing professional Kevin Clifton, West End actress Jodie Steele (‘Six the Musical’ UK Tour and ‘Heathers’ West End) and North-East born actress Jenny Legg (‘9 to 5’ Original West End Cast). The show will include additional performances from ‘The Forgotten Musical’ concert series (which originated from the Customs House) as well messages from some familiar faces spreading.

To buy tickets for Stand Up For Show Biz,
please click HERE