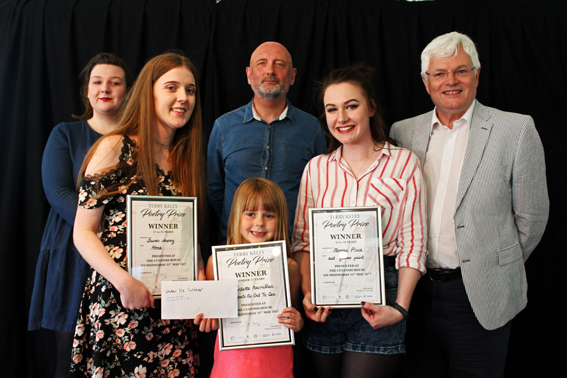 The Customs House is delighted to announce that it has been successful in securing funding from Arts Council England (ACE).

It has been named as one of 831 National Portfolio Organisations (NPO) across England to share in a total budget of £409m in Grant in Aid and National Lottery funding.

Executive Director of The Customs House, Ray Spencer MBE, said: “We’re delighted to have maintained our NPO status. People across South Tyneside can continue to enjoy great arts and entertainment at The Customs House.

“Over the next few weeks and months we will shape a new offer for The Customs House that reflects the level of support given by Arts Council England.

“It is clear they have recognised the continued support given by South Tyneside Council and have maintained their contribution.”

NPOs are funded annually by ACE, which received more than 1,160 applications for NPO funding, making the process extremely competitive.

The Customs House remains the only NPO in South Tyneside and one of 48 regionally, including Live Theatre, Northern Stage and Sunderland Culture.

Each application was assessed against five key goals as outlined by ACE in its 10-year strategy, including excellence, diversity and skills and children and young people.

The Customs House’s work with children and young people was highlighted as “outstanding” and its ability to give everyone the opportunity to experience and be inspired by the arts was described as “strong”.

Fiona Martin, Learning and Participation Manager at The Customs House, said: “The whole team worked extremely hard throughout the application process and we feel privileged to have been granted NPO funding once again.

“The work we do wouldn’t be possible without the support of our Board of Trustees and our partners, in particular South Tyneside Council.”

In response to the application, ACE singled out the theatre’s productions such as The Dolly Mixtures and Geordie the Musical for praise and also recognised the high demand for and popularity of the annual pantomime.

Little Mix’s Jade Thirlwall and West End performer Alice Stokoe both supported the application with quotes stating the importance of The Customs House in developing talent and igniting passion for the arts.

ACE recognised that The Customs House has “an outstanding track record in supporting young artists’ talent development” through programmes such as the Youth Theatre, CustomSpace, film-making group and The Takeover Festival.

The Customs House also works closely with Culture Bridge North East, which also received NPO funding to be a Bridge organisation, in providing Arts Award training and support throughout the region. The Customs House had a record year last year, supporting 535 young people in achieving an Arts Award.

To find out more about what we do click HERE.