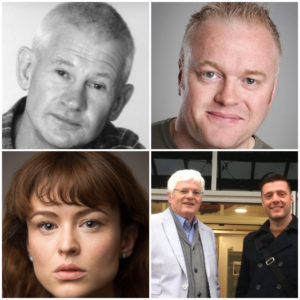 The cast of Bobby Robson Saved My Life have spoken of their pride in paying tribute to the former Newcastle United and England manager. Charlie Richmond, Donald McBride and Sam Neale have been cast in Tom Kelly’s new play, which premieres at The Customs House in South Shields on Tuesday, July 16.

Directed by Jamie Brown (Geordie The Musical, The Butcher’s Bill), it focuses on the late Sir Bobby’s legacy and explores the ability of one person to have a dramatic effect on the life of another, without ever knowing it. Focusing on three very different individuals and the ups and downs life throws at them, it promises to be a heart-warming, inspirational and uplifting piece that celebrates not only Sir Bobby’s life, but the impact he had on so many.

Sir Bobby, who was born in Sacriston, County Durham, and played for Fulham, West Bromwich Albion and England before going into management, died in July 2009, aged 76, after a long battle with cancer. A portion of each ticket sale will be donated to The Sir Bobby Robson Foundation, which was launched in 2008 to help find more effective ways to detect and treat cancer and has since gone on to raise more than £13m. 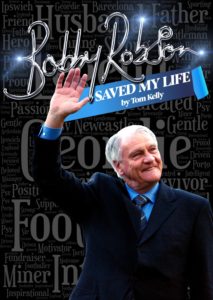 is co-producing the play with The Customs House and Ion Productions, said: “As an actor often known for my comedy roles, I’m excited to explore my more serious side as the character Mark in Bobby Robson Saved My Life.”

Charlie, who hails from Newcastle, started his professional acting career in 1999, making his film debut in Purely Belter. Over the years, he has performed a variety of roles on both stage and screen. He is a panto regular at the Tyne Theatre and Opera House in Newcastle and has previously appeared at The Customs House in The Machine Gunners, My Uncle Freddie and When the Boat Comes In. Other credits include The Last Ship tour of the UK and Ireland.

Donald, from County Durham, will play Tommy, having spent 40 years treading the boards in the north east and appearing in iconic north east TV dramas like Auf Wiedersehen, Pet, Our Friends in the North and Spender.

He said: “I’m so pleased to be working with Tom again. We go back 20 years, from Tom & Catherine through to Talking Tom, Nothing Like The Wooden Horse and Geordie The Musical. Also, having lost many family members and friends to cancer, I’m glad to help raise awareness of The Sir Bobby Robson Foundation. I’m also looking forward to playing an elderly gentleman from County Durham – typecast again!”

Sam, who will play Clair, is from Gateshead and has performed at Newcastle’s Live Theatre and Alphabetti, as well as on TV in Vera and the films Frank and No Place.

She said: “I’m really pleased to be involved in this project. Bobby Robson is a beloved icon in this region and Tom’s play is a moving and touching tribute with real human stories. People should come and see the show to remember Bobby, to laugh and maybe cry and revel in the joy and pain of being a Newcastle supporter!”

Bobby Robson Saved My Life runs from Tuesday, July 16, to Saturday, July 20, at The Customs House, before moving on to the Regent Theatre in Ipswich, where Sir Bobby enjoyed great success with Ipswich Town, and the Tyne Theatre and Opera House.