Home News Beauty and the Beast shortlisted for National Awards

Beauty and the Beast shortlisted for National Awards 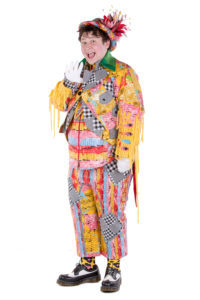 We are absolutely delighted to announce that cast and crew of our record-breaking panto Beauty and the Beast have been shortlisted for three prestigious national awards.

The nominations for The Great British Panto Awards were announced by comedian Al Murray live on Facebook yesterday (Sunday, February 17). Beauty and the Beast, which was this year’s offering, received nominations in the Best Comic,Best Pantomime Animal and Best Staging and Set categories.

Ray Spencer, Executive Director of The Customs House, who co-writes, directs and stars as Dame Bella in the annual production, said:“I’m absolutely delighted to have not one, not two but three nominations this year. I’m so proud of them all.” 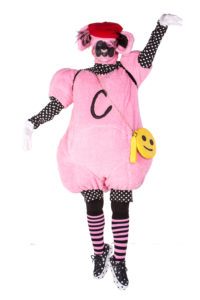 Talented costume and set designers Matt Fox and Paul Shriek, of Newcastle-based Fox and Shriek, were nominated for Best Staging and Set.It is their second nomination in The Great British Panto Awards, with Paul taking home the award for Best Costume Design at last year’s ceremony. David John Hopper, who is originally from Consett but now lives in South Shields, received a nod for Best Comic for his portrayal as Dame Bella’s affable son Arbuthnot. And Sunderland actor Charlie Raine, who is hearing impaired, has been shortlisted in the Best Pantomime Animal category for her portrayal of signing sheep Cutlet. The Great British Panto Awards, now in their third year, will take place at New Wimbledon Theatre in London on Sunday, April 28, hosted by Christopher Biggins.

David and Charlie will be back in character at The Customs House this week in
panto spin-off Arbuthnot and Pal’s Detective Agency – a half-term crime caper for the under-10s and their families. It runs from Tuesday, February 19, to Friday, February 22.