Amazing Moments in The Takeover Festival 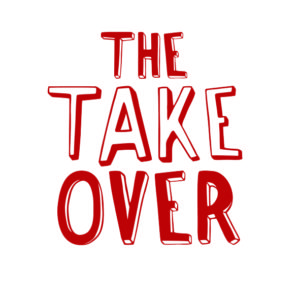 Children and Young people have wowed us all this week with their amazing creativity. Over half term it’s been the third annual Takeover Festival at The Customs House. Visitors have had such an enjoyable time and young people have showcased their creative talents.

On Monday Mini Makers and Mega Makers explored glow in the dark painting. Visitors could also enjoy ‘The Takeover Art Machine’ artwork made by pupils from Whitburn C of E Academy.

Just Jam International and Bad Taste Cru led a break dance jam on Tuesday with bboy and bgirl break dancers coming from as far as Devon. In the evening there was a Hip Hop showcase bringing lots of new young people to see what we offer here at The Customs House.

We celebrated young poets writing with The Terry Kelly Poetry Prize with reading and an awards ceremony. Charlotte our youngest winner was just 6! The poems were collected in a special anthology that every shortlisted poet received along with a copy of ‘Spelk’ by Tom Kelly and Red Squirrel Press.

Thursday was all about film with the North East Young Film Makers Awards hosted by Jason Cook Customs House Comedy Festivals impresario. Over 300 people enjoyed seeing 40 short films from film makers in Teeside, Tyne and Wear, Durham and Northumberland. We saw films made by individuals, schools and youth groups (including our own young peoples film makers group at The Customs House). We will be opening the festival for submissions in the near future so stay tuned.

“The stars of the show were the young people, there was some prodigious talent.”

Grahame Wright Chair of The Customs House Board

To round off the week the stage was taken over by young performers on Friday. The Junior Youth Theatre performed the mysterious ‘Yes or No’ by local writer Rachel Walsh. In the evening ‘Mix Up’ was a new piece created by members of the Senior Youth Theatre which was an inspiring performance all about what Youth Theatre means to the young people (see the photo below). We also enjoyed the funny and tender antics of ‘The Rubber Ducks Theatre Company’ visiting from Newcastle College. 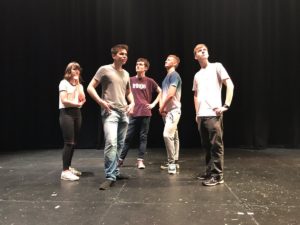 The Takeover party in the Green Room organised by the incredible Takeover Team a group of young volunteers who have helped plan, run and market the events. We couldn’t include all the events and activities in The Takeover in this news article: the gig by Myracustic; the Great Big Arts Gameshow; the graffiti, writing, film and performing workshops… it’s just been too jam packed! We look forward to next year’s Takeover Festival. If you’re interested in finding out more email Daniel@customshouse.co.uk our Takeover Festival Manager among other things!

Thanks to everyone who took part, watched and supported or helped with this incredible week from all in the Learning and Participation Team at The Customs House. Remember almost all our events were pay what you decide and you can donate at any point.