The Sound Of Music Cast Revealed 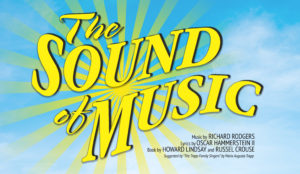 The Cast For The Sound Of Music Revealed

Following the announcement that The Customs House would be alive with The Sound Of Music this summer, we are delighted to reveal the cast to the popular Rodgers and Hammerstein show.

International performer Caroline Sabiston (Guildford School of Acting and An Evening with Sir Tim Rice) will play Maria Rainer, alongside Andrew James as Captain Georg von Trapp and North East based soprano Sarah Fenwick (Sage Gateshead and Proms In The Park) as The Mother Abbess of Nonnberg Abbey.

The Musical Theatre Company’s production will feature a talented cast of children starring Cameron Laidler and Cheiron Bates as Friedrich, Evie Gettins and Caoimhe Anders as Louisa, Joshua Murray and Joe Robertson as Kurt, Isabel James and Lila-Rose Routledge as Brigitta, India Rutherford and Isabel Langston as Marta and Emily McGrogan and Amelia Cattermole as Gretl.

The cast also feature Shannon O’Brien as Sister Berthe, Kenya Roberts as Sister Margaretta and Ella Bolton as Sister Sophia as well as an ensemble of talented performers. For the full cast list click here

With a timeless score including Do-Re-Mi, My Favorite Things and Climb Ev’ry Mountain, this global phenomenon continues to enchant audiences across the world.

The Sound Of Music will open at The Customs House on Friday 26th August 2022 with a limited summer season ending on Saturday 3rd September 2022.