SANTA’S NAUGHTY ELF SHOWS HIS GOOD SIDE FOR CHARITY 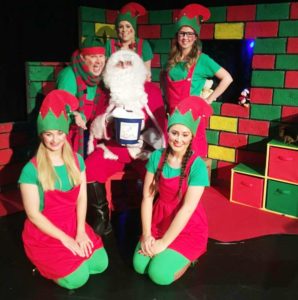 More than £1,600 has been raised to help support young people in South Tyneside during our ‘little panto for little people’ Santa’s Naughty Elf.

Santa’s Naughty Elf: A Christmas Carol ran throughout December 2017, with writer and director Wayne Miller once again taking on the lead role of Elfluent.

A record number of seats were sold with more than 4,550 tickets snapped up in our studio theatre.

Wayne said: “Knowing that so many people came to see Santa’s Naughty Elf makes me very happy as the creator of the show. However, what means the most is that people have made it part of their Christmas traditions now.

“We have audience members who have attended every single year since we began 10 years ago. I can’t wait to celebrate 10 years of Santa’s Naughty Elf with plenty of calamity in this year’s festive treat. It promises to be something very special.”

The bumper audiences also helped to raise £1,612 with a bucket collection for the Chloe & Liam Together Forever Trust.

The Trust was set up in memory of South Shields couple Chloe Rutherford, 17, and Liam Curry, 19. They were among the 22 people killed in a terrorist attack following an Ariana Grande concert at Manchester Arena in May last year.

The charity aims to provide funding to help young people in South Tyneside achieve their potential through their love of performance or sport. Liam was a keen cricketer and Chloe was a talented performer.

She had appeared on stage at The Customs House on numerous occasions. Several fundraising events for the Trust have been held in our theatre and Green Room.

Wayne added: “Making the choice to support the Chloe & Liam Together Forever Trust was the right and only one. The generosity of our audiences blew us away. My team and I are so thankful to them for the amount raised.”

Chloe’s mum Lisa Rutherford said: “The amount raised is absolutely amazing and I would like to say thank you very much, on behalf of both families.

“It is going to make a massive impact on the monies raised towards the Trust. Hopefully we can continue to support others and help them fulfill their dreams.” 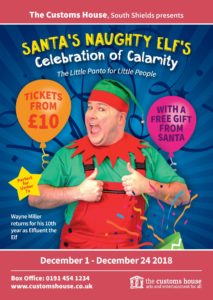